Opening the final session of "Music and Intellectual Property", Gwilym Harbottle (Hogarth Chambers) spoke about the attempts that have been made to regulate the activities of copyright collecting societies through the UK's Copyright Tribunal. Gwilym tackled two recent cases: Archive Media Publishing Ltd v MCPS, on the small application track (here), and CSC Media Group v VPL (trial decision here; appeal here). Gwilym entranced the room with his account of the different types of reasonableness which a tribunal should be bound to apply under different provisions of the Copyright, Patents and Designs Act 1988, depending whether it is looking at the facts itself or looking at how another tribunal has looked at the facts. A mere blog post could not do justice to the manner of delivery of Gwilym's account of CSC v VPL, which -- improbably, given the somewhat dry nature of the dispute, encrusted with figures, percentages, 'diminished windows', psychic broadcasts and comparables -- will linger long in the memories of those who were privileged to hear it. 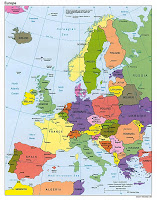 The final speaker on the day's programme was Enrico Bonadio (City University Law School), on "Music Copyright and Policy: Too Much, Too Quickly?". This, as readers might suspect, was a review of some of the most recent thoughts of the European Commission with regard to online collective music licensing. The European Commission's proposals for cross-border licensing should fit in with the sentiments of the Hargreaves Review, not least since the UK is a net exporter of music.  Reciprocal representation agreements already enable customers of collecting societies to obtain a more extended repertoire, to overcome territorial restrictions. However, cooperation between collecting societies has attracted the attention of the EU competition authorities, starting with the November 2000 Simulcast Agreement, with the controversial "customer allocation clause" -- which tied customers to approach their own local collecting society rather than shop around between them. The removal of customer allocation clauses was finally removed, following which the Commission accepted the Agreement.

Nowadays, technology has bypassed the formal relationship between national collecting societies, which has become outdated. The internet is now the major means of delivering copyright content, but it is not per se the subject of any Europe-wide licensing schemes. Enrico explained the significance of this in terms of the upstream shift from reciprocal representation agreements to the introduction of greater choice and competition through collecting societies offering better terms to content owners -- who in turn could move from society to society if they wished their works to be on different terms. Also, collecting societies would be encouraged to develop their own niche markets, defined by repertoire (Latin American, classical, jazz etc) or by medium (regular online delivery, ringtones etc). Not all commercial users of licences would welcome fragmentation of repertoire, though -- and would there be a risk of a "race to the bottom" where collecting societies have to offer cheaper licence terms in order to attract custom. Also, small-time rights holders might lose out. The European Parliament has articulated all of these concerns, and there is also anxiety that music production might be impoverished.

New cross-border platforms have been put together, pooling several repertoires -- for example the CELAS initiative, which sought to provide cross-border online licence services for mobile phones.  Currently its scope is quite narrow. Another such initiative is Warner-Chappell's PEDL. These are part of a new, if timid, trend towards pooling of repertoire. Will the Commission encourage this trend? Said Enrico, we still don't know. He then reviewed the dispute between CISAC and the competition authorities, in which a ruling of the General Court is awaited.

Concluding, Enrico turned to the topic of the Global Repertoire Database, its likely structure and content. This would allow users to identify the rights they exploit, the owners or representatives whom they should approach and the data necessary to negotiate licences. Through the introduction of such a scheme, 100 million euros could be saved annually through the reduction of administration costs -- and returned to rights owners.
Posted by Jeremy at 4:43 pm