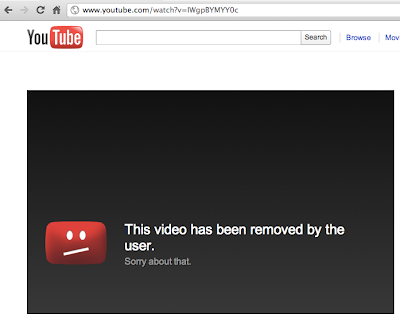 This story has been rumbling for a few days now but the ‘Mega Song’ dispute is taking all sorts of twists and turns. Let’s start at the beginning: MegaUpload is a file sharing platform that produced a video for what we will call the ‘Mega Song’ featuring numerous big name artistes such as Will.i.am, Chris Brown and Macy Gray all, well, ‘bigging up’ MegaUpload. This was posted up on YouTube. So far, so good. But it didn’t stay on YouTube for long as Universal Music Group (UMG) took umbrage and had it taken down under YouTube's takedown procedures (or so we thought). MegaUpload founder Kim Dotcom (ermmm, that’s actually not his real name, its Schmitz, but wouldn’t it be great if it was) responded insisting his company had permission from all of the artists involved and owned all copyright in the track. He then said he was launching an action against UMG for improper use of the USA’s Digital Millennium Copyright Act.

Universal firstly (and seemingly) said that their actions were correct as they were acting on behalf of one of their recording artistes featured in the MegaSong who had not given their consent to be featured in the manner in which their contribution was used. Further reports then followed that said other artists who featured in the video had also raised concerns, though only Will.i.am was named and it seemed he had apparently issued his own takedown notice to YouTube in relation to his appearance in the MegaSong video. Kim Dotcom then said he'd personally spoken to Will.i.am who said he had no knowledge of any takedown notice being issued in his name.

But then in a rather alarming twist, UMG apparently said that they actually didn’t use the DCMA to remove the video – but used an agreement UMG have with YouTube which allows the music major to have any video it doesn't like removed. One sort of wonders why anyone or any company would publicly say they had this right which sounds remarkably like censorship - as it is almost certainly going to be incredibly damaging for UMG – and no doubt for Google and YouTube too. But I for one would love to know if such an agreement exists – and exactly what it says – and hopefully UMG can now provide an explanation. If not, This Megaspat could end up being fascinating!

The song (and it really is awful) is back online subject to some sort of YouTube view count' limit. I know no more than that! You can see it here ... if you must

http://www.youtube.com/watch?v=K9caPFPQUNs
Posted by Ben at 7:48 pm

Great post! Somehow I'm not surprised that Universal and the other labels have an informal shortcut to filing a DMCA notice (i.e., picking up the phone and complaining). That's one way to circumvent the counter-notice requirements. No investigation, no critical thought, just YouTube going "Oh we better watch out or we'll get sued -- again -- just like Grooveshark."

More on UMG's contractual right to remove material from YouTube can be found in the Hollywood Reporter here:
http://www.hollywoodreporter.com/thr-esq/megaupload-viral-music-video-youtube-274659

There's a bit more background on the 'agreement' between UMG and YouTube here on TechDirt.
It's a pity this won't be a case over the improper use of DMCA takedown notices, because to my knowledge, that's an area of law which had had little testing in the US courts, despite the fact that this kind of abuse has been alleged before especially over the activities of several Hollywood studios.

Wired.com a few days ago posted a copy of what Megaupload claims is its contract with the 'singer' Will.i.am. (For some reason I can't paste a link here.) It is a bizarre document, and I can only assume that Will.i.am was either very drunk at the time, or had received a very large payment from Megaupload. Amusingly, Megaupload claim to have exclusive copyright over Will.i.am's contribution to their video, on the basis of this contract. But presumably this would not prevail over any valid pre-existing contract in which Will.i.am assigns copyright over relevant material (i.e. musical recordings) to a record company.
Will.i.am cannot grant to Megaupload what he has already granted to others.

I have found a copy of Will.i.am's 'contract' and its here http://www.digitalmusicnews.com/permalink/2011/111216william

YouTube have now said they have ": "Our partners do not have the right to take down videos from YouTube unless they own the rights to them or they are live performances controlled through exclusive agreements with their artists, which is why we reinstated [the 'Mega Song']".