Scanned public domain works -- and beyond 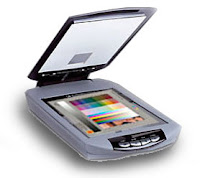 Following the 1709 Blog's earlier post on copyright in scanned versions of public domain works, we have received the following observations from barrister and copyright commentator Francis Davey:


"I've given the question raised in your 1709 blog a great deal of thought. In the LLM, which I am very slowly plodding through, I produced a research paper that touches on the subject. I have attached it for reference.

However, a key question is: to what extent has European law harmonised the threshold for authorial contribution? We know from Premier League that, for databases, the harmonisation is exact. Subsistence is the same for English law as it is for European law. That is unsurprising because the database directive, like the software directive, contains the phrase: "“no other criteria shall be applied to determine their eligibility for protection” which would appear to preclude any domestic form of protection that is different.

But the Copyright Directive doesn't contain such a condition. Could there be English and European copyright laws with different thresholds?

It seems that must be the case in the case of photographs because the Term Directive expressly states that “other photographs” may be protected.

As far as I know - and as a practitioner I don't read widely enough I know - this hasn't been thought about enough and I've seen no-one explore the implications properly.

Its worse than it looks. If there are two systems of protection: UK copyright applying to original photographs and European copyright applying to photographs which are their author's "own intellectual creation" then the UK system will not have inherited the changes wrought by European directives. There would be no "making available to the public" right, no term extension and so on.

Some judicial dicta seem to be a bit dismissive of there being a difference, but there clearly is for some works. Databases, for example, were clearly easier to protect pre-database directive. There are many older cases where the originality threshold was passed which would probably not pass muster under the "own intellectual creation" test.

In the case of photographs I argue, contra the views of Robin Jacob and the authors of a number of practitioner texts, that photographic reproductions of paintings are unlikely to attract much, if any, copyright (in the sense of that which is protected against infringement), but there are certainly views the other way which would contradict the "own intellectual creation" threshold.

It seems to me that, after Painer, scans of the kind you are talking about are not European protected, so they would at best be "other photographs" in UK law (there's no sufficient "formative freedom" about them I suspect).

Hut'ko writes about this here and is interested in "European originality" as am I. This is important stuff for some of my projects.

I wonder also about:
- perpetual copyright
- copyright in unpublished works

I've no idea if either can or should apply. But that's another question".

I hope that readers of this weblog will find these thoughts useful.  Something struck a chord with me where Francis writes, regarding software and databases, that  the respective Directive state that "no other criteria shall be applied to determine their eligibility for protection”. He adds that this would appear to preclude any domestic form of protection that is different. "But the Copyright Directive doesn't contain such a condition. Could there be English and European copyright laws with different thresholds?"

My thinking is that this is a perfectly reasonable inference to draw in respect of classical UK statutory interpretation on the basis of inclusio unius, exclusio alterius -- but I'm not convinced that it is a strong enough basis for interpreting EU law in the absence of further supporting evidence of legislative intent, particularly after Zino Davidoff v Gofkid. Also, I think that software and databases were regarded as green-field sites for which it was easier to set a single common standards whereas, regarding other works, there was already a heavy accretion of existing national law which could not so easily be homogenised.

These are unpublished works - now of course published! Does that make a difference?
I also feel that the copyright message refers to the presentation technology, although it does seem that CU claim ownership of all IP rights in the content. http://cudl.lib.cam.ac.uk/terms/
Graham, Plymouth

Hmm - you might be right to wonder about UK copyright in unpublished works, which I think was perpetual under 1956 Act and then given a 2039 closure under 1988 Act. So these manuscripts might not be public domain in the way that the National Portrait Gallery paintings are?

"It follows that, in a field of intellectual property law where the European Union has legislated, national courts must interpret both European and domestic legislation as far as possible in the light of the wording and purpose of relevant international agreements to which the EU is a party, such as TRIPS and the WIPO Copyright Treaty"

As a general proposition that doesn't (I think) follow from authority. An Act of Parliament passed before EU legislation does not need to be read with it except in so far as the EU legislation overrides it. If Arnold J is right is this not a new principle?

Its quite another matter where EU law does override which it clearly (in my view) must for the two new areas of database and software and clearly does not for images.

1) Clean the house top to bottom before the carpet cleaning service visit.

These products are eco-friendly and actually
are proven to be more effective than manufactured carpet
cleaners. Both tools come apart for easy cleaning which is also a great improvement over previous models.