Composer contracts - it's not fair? 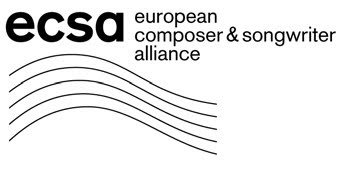 This morning a group called the European Composer and Songwriter Alliance launched a campaign against "coercive practices in the commissioning of music for the audiovisual and media production sector" - apparently a formal competition complaint has been filed in Brussels that composers were "frequently forced to assign the copyrights to their music to a publishing company owned by the production company or broadcaster as a pre-condition prior to being given a commission" and often on terms "far less fair than what could be secured in a truly free and open market"
It is easy to understand why composers might cry "it is not fair" that people are only willing to buy their work on specific terms, but there is a big distance between "it is not fair" and "it is not legal". The press release (which has been reported by Reuters and others) only lists a number of very large broadcasters and producers as offenders - not surprising as those are the sorts of names that mean that ECSA will get press coverage - but if I am a small start-up TV producer and I enter into an agreement on specific terms, it is hard to see how I am not operating in a truly free and open market - and the question is therefore how big production companies need to be in order for there no longer to be a truly free and open market ... after all, there are a very large number of production companies out there and an even larger number of composers.
Answers on a postcard please.
Posted by John Enser at 11:41 am

Professor Lionel Bently’s 2002 briefing paper touched on this topic (see here at http://www.creatorsrights.org.uk/media/between.pdf) and BASCA (British Academy of Songwriters, Composers & Authors) and the MU (Musicians Union) have launched their survey into the commissioning of media music which is open until March 12th 2012 – more here http://www.basca.org.uk/public-affairs/media-commissioning-survey/ which is tied to the European campaign. I am convinced that there was a UK competition referral that failed some time ago but for the life of me, I cannot remember any details of this – and nor does Google!

I think the 'not fair' part comes when comparing a custom made score to a pre-made pop song track. The writer of the custom made score for the movie has to give their copyright away, while the writer of a pop song or licensed music library track inserted into a movie does not. Nobody is asking the Rolling Stones (or even a band of lesser popularity) to give away their copyright to the production company, just to have their song placed in the movie.

Thus the answer is simple: stop creating custom scores for movies. If somebody wants some music for their movie, say 'Yes, I'll compose some 'tracks' beforehand and you and your editor figure out ways of inserting my 'tracks' into your movie, and by the way i want the same rights as a pop songwriter or production music library who licenses a 'track' for a movie, (i.e. they don't have to surrender their copyright for pre-made music, and neither should I).