This is more of a question than a statement: but, in advising predominantly creators, many at the early stages of their career, I often find that, on occasions where creators' rights as owners have been infringed, legal redress is out of their reach financially. The question equally applies where an SME has acquired rights by contract. It occurs that there may be an opportunity for such victims to seek justice or recompense in the UK via the provisions of the Copyright, Designs and Patents Act (CDPA) regarding secondary infringement (CDPA ss 107-110) and the criminal liability that attaches to the making of or dealing in infringing articles. Being a matter of criminal law, with the standard of proof being beyond all reasonable doubt, this option would, of course, only be open where ownership was not at issue and there is clear evidence of infringement. Yes, one has the option of making a complaint to the Crown Prosecution Service or Trading Standards, but there is no guarantee that these bodies will instigate proceedings. 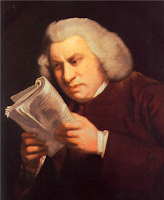 However, the Prosecution of Offences Act 1985 enables anyone to stand in the name of the Queen - so in theory surely the victim of infringement can take the faster (and cheaper) route of instituting a private prosecution of the infringing culprit? The CDPA penalties of imprisonment and a fine (with the potential, also, for an award of compensation) imposed by a Magistrates or Crown Court would , I imagine, act as a powerful wake up call. Limited companies could be challenged using this route as well as the individuals who control them. Section 110 CDPA states that, where an offence is committed, with the "consent or connivance of a director, manager, secretary or other similar officer of the body ... he as well as the body corporate is guilty of the offence". So the way is open (in the words of the most erotically charged principle in company law) to "pierce the veil of incorporation". And, any conviction would follow such an individual around! To paraphrase Dr Johnson (above, right), "[d]epend upon it, Sir, when a man knows he [is facing a summons for copyright infringement], it concentrates his mind wonderfully" (Life, Vol 3 19 September 1777).

What would be interesting to know is whether readers have tried this -- has it been successful?
Posted by Harcourt at 1:15 pm

Having brought one private prosecution, some years ago, I never want to do so again. First we had to lay a complaint and persuade the court to issue a summons. I was advised by the barrister (not an IP man, but a trading standards specialist who knew his way round the central London magistrates courts), that the court might well refuse on the basis that it ought not to involve itself with commercial disputes. But we got over that hurdle. Then we found that the obligation on a prosecutor to disclose to the defendant any documents that might help it forced us to hand over material that would not have been disclosable in civil litigation. But the greatest problem was that the defendant was able to turn up on the day and tell any cock and bull story without giving the prosecutor any warning whatsoever about the line of defence or the evidence to be led in support of it. We had no chance to adduce evidence to refute it and about 30 seconds in which to absorb it and prepare cross examination. And then the stipendiary magistrate got the decision wrong! (and I suspect did not understand the subject matter). So my advice would be to leave it to the trading standards officers and to only consider entering this unfamiliar and dangerous territory yourself in cases that are very, very straightforward instances of piracy.