The Mouse that roared 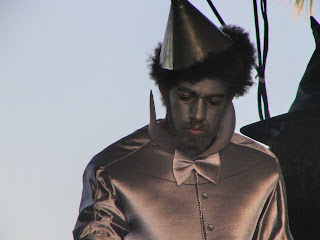 Both the Register and the Electronic Frontier Foundation bring news that Danger Mouse, the US remixer who courted controversy (well copyright controversy) when he produced the innovative, un-cleared mash-up album titled The Grey Album which fused material from rapper Jay Z's The Black Album and The Beatles' The White Album, now seems to be suggesting that fans illegally download his next album which has yet to be released because of the artist’s ongoing row with EMI. The thing is, Danger Mouse HAS released the album – but it’s a blank recordable CD on to which buyers can – potentially - record illegally-downloaded versions of the album. The CDR is on sale in a package which includes a luxurious poster and a book of photographs by cult film director David Lynch and sells for $50. Danger Mouse has issued this statement saying:

“Danger Mouse's new project Dark Night Of The Soul consists of an album length piece of music by Danger Mouse, Sparklehorse and a host of guest vocalists, along with a collection of original David Lynch photography inspired by and based on the music. The photographs, which provide a visual narrative for the music, are compiled in a limited edition, hand numbered 100+ page book which will now come with a blank, recordable CD-R. All copies will be clearly labeled: "For Legal Reasons, enclosed CD-R contains no music. Use it as you will."
According to Rolling Stone magazine a spokesperson for Danger Mouse recognised that the album was available through non-official channels saying "Danger Mouse remains hugely proud of Dark Night Of The Soul and hopes that people lucky enough to hear the music, by whatever means, are as excited by it as he is”. Danger Mouse, one half of the hugely successful Gnarls Barkley, has offered no explanation of what the row with EMI is about although as the Beatles’ record label, EMI had objected to The Grey Album and it seems that the main featured guest artist Sparklehorse (aka Mark Linkous) may be signed to EMI.
http://www.eff.org/deeplinks/2009/05/danger-mouse-inducem
Posted by Ben at 11:20 am