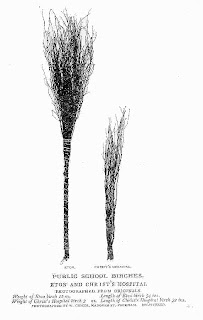 As previously reported here on At Last ... the 1709 Copyright Blog, the French Assembly have finally approved the ‘Creation and Internet’ bill that will cut Internet connections to those who repeatedly download music and films illegally. The legislation, which has extensively lobbied for by the music and film industries, gives Internet users two warnings for acquiring illegal music or film downloads. After a third infraction, Internet connections would be cut. Whist France is the first European country to target Internet users in such a way, Sweden’s IPRED law forces ISPs to reveal the names of people attached to IP addresses suspected of sharing copyrighted music, movies, other files without permission and this in itself resulted in a 33% drop in internet traffic presumably as potential fileswappers thought twice and downloaders considered the risk. President Sarkozy supports the new French law but critics say the bill will intrude on Internet users' civil liberties and will be difficult to enforce. Final approval in the French Senate is expected tommorrow (13th May).
And now in the UK a collection of trade bodies representing content owners including the British Phonographic Industry (BPI), the UK Film Council, actors' union Equity and the Federation Against Copyright Theft have used London’s Creative Economy Conference to put pressure on the government to force ISPs to take a more proactive role in policing online piracy – and again pushed for the ultimate sanction of internet disconnection to be introduced under a ‘graduated response’ system. BPI boss Geoff Taylor told the event:

"An endless free lunch for consumers when it comes to digital content is unsustainable. Unless ministers strengthen proposals for ISPs to deal with illegal behaviour online a 'creative crunch' will follow - investment in new British talent will ultimately dry up. The internet cannot be a place where respect for the law is abandoned. Even though the music business is creatively fit and strong, free-loading reduces investment in new music and in turn threatens the jobs of thousands of young people working in A&R, recording, marketing and promotion".

Taylor called on the government to do three things in the final draft of its much previously reported 'Digital Britain' report:

"To recognise that the music sector has already transformed its business models online; to take seriously the argument that a "write and sue" policy will not be effective; and to use the time available in this parliament to introduce legislation requiring ISPs to act against persistent illegal downloaders".

"ISPA continues to dispute calls from some elements of the creative industries for the disconnection of users or technological measures as a method of dealing with potential infringers of copyright online. ISPA members have consistently explained that significant technological advances would be required if these measures are to reach a standard where they would be admissible as evidence in court. ISPs and consumer groups consider disconnection of users to be a disproportionate response, a view that was recently supported by the European Parliament".

The ISPA are referring to the European Parliament’s recent rejection of attempts by EU governments (notably France) to crackdown on illegal downloaders. The measures were part of EU proposals to update Europe-wide telecommunications rules to allow something approaching ‘three strikes’ but the European Parliament voted 407 to 57 to throw out a compromise reached with EU governments that would have allowed member states to cut off Internet access to people who download illegal copies of movies or records. Lawmakers reinstated an earlier demand that "no restriction may be imposed on the fundamental rights and freedoms of ... users, without prior ruling by the judicial authorities." Viviane Reding, the EU's Telecoms Commissioner said the move was "an important restatement of the fundamental rights of EU citizens." These proposals will now work their way through the rest of the European legislative process, and could still hit other hurdles but if passed will surely invalidate France’s proposed three strikes plan which does not rely on courts to arbitrate.
See also links to Techdirt, Billboard, USA Today and IPtegrity
Posted by Ben at 2:13 pm