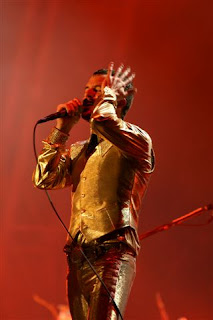 YouTube’s rather public spat with the music collection societies has reached the courts in the USA where a district court has ordered the internet portal to pay $1.61 million in back royalties to ASCAP and to then make payments of $70,000 each month (presumably until settlement is reached) as ‘on account’ remuneration for the societies’ songwriters whose work appears on the video website in the US. In Europe the position is more troubled - whilst YouTube does have an agreement to use premium videos in place with three of the four major record companies and many independent labels, the Google-owned video service has failed to get a deal done with the songwriter collecting societies - and after the much reported falling out with PRS For Music here in the UK and GEMA in Germany all premium videos were pulled (voluntarily by YouTube) from the site. The US judgment is a temporary settlement in place of a still being negotiated blanket license agreement for the use of ASCAP's members' music on the video site. The $1.61 million ordered for back royalties is a lot more than what YouTube had proposed they pay, though is about 13% of what the collecting society suggested they were due. In fact the two parties are poles apart - ASCAP had asked for $12 million for all music streamed between 2005 and the end of 2008 (and another $7 million for 2009). YouTube, in response, had suggested $79,500 for 2005 through the end of 2008 and then $20,000 per quarter ongoing. The court rejected both proposals and came to its own conclusion.
http://www.techdirt.com/articles/20090519/1127454934.shtml
Posted by Ben at 8:52 am