Copyright preassignment contract can drive you to drink ... 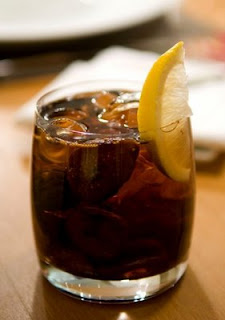 Here's some news from Lithuania about an unintended consequence of a contract for the pre-assignment of a copyright.
The plaintiff was a well-known Lithuanian politician who was involved in the impeachment of the  former President. Throughout her political career she had been particularly famous in the media as being associated with a special cocktail of brandy and coffee; the public had come to associate this cocktail with her name of the plaintiff. The defendant subsequently registered a trade mark for brandy which was identical to her forename.