The visually impaired: a soft target for a WIPO Treaty? 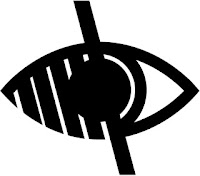 From Howard Knopf's Excess Copyright weblog comes this timely summary of the state of play -- such as it is -- in the quest for an international treaty that would provide for exceptions to copyright in respect of the visually impaired. Howard writes:

"WIPO needs a new and positive milestone and the world needs a newly renewed WIPO. The pieces and the players are in place, particularly Francis Gurry, the new DG at WIPO who has fully earned the significant respect and confidence he enjoys. If ever there was an issue around which well-intentioned countries could rally, a treaty for the rights of the blind could be that issue".

I well recall the suggestion of copyright exceptions in favour of the visually impaired being met with hostility in some quarters back in the 1980s, the line being this: if the visually impaired are expected to pay for their housing, their clothing, their food and their drink, why should they be allowed to help themselves to authors' works for nothing? This objection misses the mark. An exception in favour of the visually impaired means that they obtain access to works that might not otherwise be open to them -- but the existence of an exception does not automatically imply that the copyright owner(s) will lose out. The construction of a simple licensing scheme in such circumstances should not be beyond the wit of mankind.
Posted by Jeremy at 5:57 am