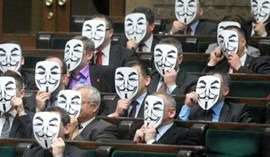 Having been referred to the ECJ (see previous blog), ACTA is again in the news after digital campaign organisation Avaaz handed the European Parliament a petition with the names of well over two million people who have backed an online call for a rethink of the Anti-Counterfeiting Trade Agreement. ACTA has already been signed by a majority of EU member states but not by the EU itself nor some five member states including The Netherlands and Germany.

However, the Treaty has already been denounced by the French MEP, Kader Arif, the rapporteur for ACTA, who was charged with compiling background information on the Treaty and who resigned his position saying "I want to denounce in the strongest possible manner the entire process that led to the signature of this agreement", while the European Parliament's current President, Martin Schulz, said he didn't think ACTA was "good in its current form". Now the Scottish MEP who will oversee the treaty's passage through the European legislature, David Martin, has also said he is concerned that ambiguities in the agreement could have negative consequences telling reporters "I have no interest in criminalising individual consumers. I think you have to distinguish between the consumer and the producer of illegal content. I have no interest in the teenager sitting in his room deciding to download a piece of music for free because he finds there's an internet service, that there's a site providing that music for free".

The chair of the EP's petitions committee, Erminia Mazzoniis, was quoted saying: "The ratification procedure of ACTA in the European Parliament has only just started. It will need to be examined carefully, taking into consideration all concerns, through a reasoned assessment of the facts and trying to combine the freedom of the Internet on the one hand and the fight against counterfeiting on the other. The follow-up of the petition will be decided in the coming weeks by the members of the committee on petitions."