Newt at the eye of the storm in campaign infringement claim 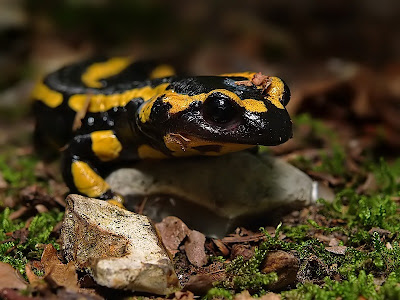 Another Republican candidate in trouble with the law! When will it end?! Following in the footsteps of the many offended songwriters and performers whose songs have been misappropriated by politicians, the composer and publisher of the hit song Eye of the Tiger have sued Newt Gingrich to stop the Republican presidential candidate from using the Rocky III anthem at campaign events. The lawsuit was filed in the US federal court in Chicago by Rude Music Inc., the music publishing company owned by Frank Sullivan, who composed the 1982 song. The lawsuit states that as early as 2009, Gingrich has entered rallies and public events to the "pulsing guitar riffs of the song", which was the background track to Rocky Balboa's training montages in the film and became a No. 1 hit. Hmmmm, my problem here is the halls probably have blanket ASCAP / BMI (PRS) licences so that public use, in itself, isn’t an infringement – although using the music in an advert most certainly would be – and this may be why the suit mentions the internet videos featuring Gingrich that have been posted online by American Conservative Union, who are also are named as defendants.

In a lengthy section of the five-page complaint, Rude's lawyers point out that Gingrich is well aware of copyright laws, noting he is listed as author or co-author of more than 40 published works and also notes Gingrich's criticism of the "Stop Online Piracy Act" during a recent debate in South Carolina, where Gingrich suggested the law was unnecessary because "We have a patent office; we have copyright law. If a company finds it has genuinely been infringed upon, it has the right to sue". The suit asks for an injunction to prevent Gingrich from using the song, as well as damages and lawyers' fees to be determined by the court.

Others whose songs have been borrowed include The Talking Heads (by Florida Governor Charlie Crist, R), Don Henley's, whose "The Boys of Summer” was “interpreted” by Chuck DeVore, R, Canadian rockers Rush (by Rand Paul, R) and Jackson Browne's whose “Runnin on Empty” was used by previous Republican presidential candidate John McCain.