More to come from all of these! 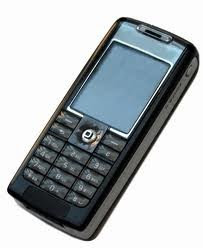 There is an excellent update on the recent decision by Justice Rares in the Optus v Telstra case in the Federal Court of Australia by Catherine Lee on the IP Kat. Here the judge held that Optus’s TV Now service did not infringe copyright in the broadcasts of AFL and NRL (Australian Football Rules and Rugby League) games, in the particular ways that the rightholders alleged (including Telstra). The Optus service provided users with the ability to record free-to-air television programs, including AFL and NRL games, and play them back on any one of four compatible devices, namely, PCs, Apple devices, Android devices and 3G devices. Rares J held that it was the users of the Optus service who made 'recordings' of games when the user of the TV Now service selected a program from an electronic program guide and click 'record' - and that when recordings were streamed to the user there was no communication 'to the public'.

EMI is also in the news, having failed to get a summary judgement against the MP3 resale website ReDigi, meaning the case will now get a full court hearing which will examine the digital company's claim that it is possible that American copyright law allows consumers to resell MP3s as the ‘first sale’ doctine must to apply in the digital space as much as it applies to CDs and vinyl. Whilst Judge Richard Sullivan declined to accept a amicus curiae brief from web giant Google, he has decided that it would be inappropriate to find in EMI's favour without giving its claim full consideration, mainly because he didn't feel the major had proven "irreparable harm" in its initial legal papers.

Elsewhere the much heralded Black Sabbath reunion seems to have hit the rocks (at least partially) after drummer Bill Ward posted an open letter to fans on his website saying "At this time, I would love nothing more than to be able to proceed with the Black Sabbath album and tour. However, I am unable to continue unless a 'signable' contract is drawn up; a contract that reflects some dignity and respect toward me as an original member of the band". There's a lot more and you can read it here but at the time of writing it seems the band's new album, headline slot at the Download Festival and world tour will not include Ward.

And Warners are the latest of majors to face a class action from artistes demanding a large slice of royaties from digital sales. Sony and Universal are already facing claims over the way their digital royalties are calculated (with actions from artistes including The Allman Brothers, Cheap Trick, Rob Zombie, Whitesnake, Chuck D and the Estate of Rick James) and indeed Universal lost an action to FBT Productions (in the ‘Eminen’ case) which set a precedent that royalties for iTunes-style downloads should not be treated the same as selling CD singles or albums and should attract a higher payment – usually a share of the profits from licensing revenues - rather than a ‘per unit’ royalty based on dealer price used for physical product. Universal continues to insist the ruling in the FBT case is only relevant to the wording of that specific contract, and does not set a precedent, although the Supreme Court declined to hear their appeal. Warners are now facing an action from Sister Sledge and singer Ronee Blakely whose lawsuit claims: "Rather than paying its recording artists and producers the percentage of net receipts it received - and continues to receive - from digital content providers for 'licenses', Warner wrongfully treats each digital download as a 'sale' of a physical phonorecord ... which are governed by much lower royalty provisions than 'licenses' in Warner's standard recording agreements". Watch this space as this is a major battle between the labels and artistes fed up with a perceived meagre share of ongoing digital royalties, often compounded by the effect of 'royalty reducers' in standard record label contracs such as 'packaging' and 'breakage' deductions or 'new technology' deductions that further diminish the artiste's share.
Posted by Ben at 4:18 pm