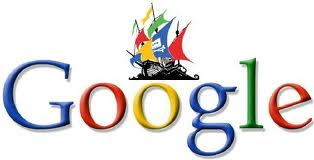 TorrentFreak reports that the recording industry is considering filing a lawsuit against Google for allegedly abusing its dominant market position to distort the market for online music saying "Industry groups including IFPI and the RIAA want Google to degrade links to 'pirate' websites in its search results" and that "IFPI has obtained a 'highly confidential and preliminary legal opinion' to see if they can force Google to step up its anti-piracy efforts though a lawsuit" - with the IFPI saying “Google continues to fail to prioritize legal music sites over illegal sites in search results, claiming that its algorithm for search results is based on the relevance of sites to consumers" explaining “With a view to addressing this failure, IFPI obtained a highly confidential and preliminary legal opinion in July 2011 on the possibility of bringing a competition law [antitrust] complaint against Google for abuse of its dominant position, given the distortion of the market for legitimate online music that is likely to result from Google’s prioritizing of illegal sites.” So it seems whether the legal action will actually be launched is a matter of whether or not Google will come to the table and meets the recoding industry's demands - which seem to be to very much mirror those that would have been implemented had the SOPA and PIPA legislation been passed into US law. That said, it is hard not to have some sympathy with the record industry's position - one website notes that "searching 'Adele download' on Google returns only two legitimate links with the rest being links to The Pirate Bay, filestube and other free MP3 sites".

But with the demise of SOPA, interesting timing eh?! And with Sony Music about to buy EMI's music publishing division and Universal Music Group planning to acquire EMI's recorded music division (giving UMG an estimated 38% plus market share in recorded music Worldwide) I am not quite sure competition law is something the music industry would want to highlight at the moment .......

More at Torrentfreak here
Posted by Ben at 10:47 am

Well, of course Google is a "rogue site". If the lobbyists messed up, bring on the litigators. Let’s sue accurate search engines out of existence!

But the record industry complaining about antitrust? Gimme a break. Better still, “make my day”.

Chutzpah and hypocrisy know no limits.

Did anyone mention 'MusicNet' and 'PressPlay' ....... for those of you who do remember - there is still the antitrust case against the record industries attempt to set up a monopoly in online music sales, which was reinstated by the New York's U.S. Court of Appeals for the Second Circuit in January 2010.