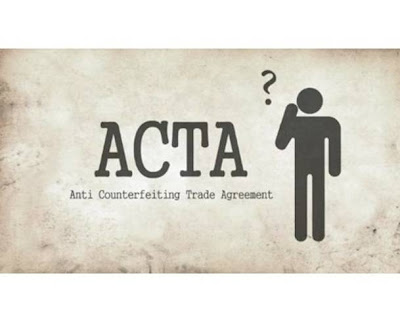 The European Commission has issued a press release confirming that it is referring the ACTA Agreement, previously signed by most but not all member states (see here) to the European Court of Justice with Trade Commissioner Karel De Gucht saying

“We are planning to ask Europe’s highest court to assess whether ACTA is incompatible -- in any way -- with the EU's fundamental rights and freedoms, such as freedom of expression and information or data protection and the right to property in case of intellectual property”

De Gucht explains that by “within the EU institutional process, the European Commission has already passed ACTA to national governments for ratification. The Council has adopted ACTA unanimously in December and authorised Member States to sign it. The Commission has also passed on ACTA to the European Parliament for debate and a future” but adds “That said, I believe the European Commission has a responsibility to provide our parliamentary representatives and the public at large with the most detailed and accurate information … so, a referral will allow for Europe’s top court to independently clarify the legality of this agreement” commenting that the Commissioner understand the tensions in the “Europe-wide debate on ACTA, the freedom of the internet and the importance of protecting Europe’s Intellectual Property for our economies” and that De Gucht shares “people’s concern for these fundamental freedoms. I welcome that people have voiced their concerns so actively – especially over the freedom of the internet. And I also understand that there is uncertainty on what ACTA will really mean for these key issues at the end of the day”

Funnily, contrary to EU and ECJ, ACTA is a initialism!