Dear Hollywood: An Open Letter to the Hardworking Men and Women in the Entertainment Industries 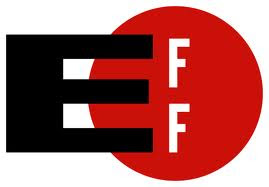 I reproduce this pity letter from the EFF (Electronic Frontiers Foundation) in full, making no apology or comment. Others may care to ......

You don’t need us to tell you that your position on anti-"piracy" laws has been unpopular recently. Last month’s historic protests, with millions of Americans registering their opposition, have made that point pretty clear. Instead, we’re writing today to tell you that the Internet can be great for creators and their community, but your own leadership refuses to recognize and take advantage of its promise. It seems they’d rather spend your membership dues on lawyers, lobbyists and astroturf than innovation. We suspect many of you are realizing this, especially when you see how successful new business models can be.

We humbly suggest that you stand up and tell them to either embrace the age of the Internet or get out of the way so that new, forward-thinking industry leaders can take their place.

Hollywood’s leadership painted the push for the Stop Online Piracy Act (SOPA) and the PROTECT IP Act (PIPA) as a defense of your jobs — a stance that was cynical at best, as they know the only jobs the bill would save were those of their lawyers. What is worse, by framing a stance against SOPA and PIPA as a betrayal of creators everywhere, they’ve poisoned the debate about the legislation and attempted to mislead you into fighting for bills that won’t put a dent in online infringement but will interfere with the development of ways for creators like you to profit from Internet technologies.

An honest discussion of proposed legislation needs to start with the questions: Is this law necessary? And is it the best solution to the problem? Americans stood up against SOPA and PIPA not because they are “corporate pawns,” as MPAA Chairman Chris Dodd says, but because the answer to both of these questions is a big no.

For one thing, although the studio heads and MPAA leadership claim this legislation is about your jobs, they’re curiously silent about the fact that entertainment spending and revenues are up across the board. In the words of one recent study, the sky isn’t falling — it’s rising. So if you’re concerned about your job, please realize the primary threat does not come from unauthorized downloading. The actor Wil Wheaton suggests that the problem might be closer to home:

I have lost more money to creative accounting, and American workers have lost more jobs to runaway production, than anything associated with what the MPAA calls piracy.

Moreover, as the publisher Tim O’Reilly has explained for a decade now, “obscurity is a far greater threat to authors and creative artists than piracy.” The Internet is the best tool for publicity and distribution the world has ever known – if you know how to use it.

And though the handful of executives at the top might not have realized that yet, individual creators among you have reached this conclusion and are already profiting from it. At last week’s Sundance festival, even as Dodd and others were lamenting the web’s impact on film, ten percent of the films were financed by pledges through the online fundraising platform Kickstarter. And after film, music projects are Kickstarter’s second largest funding recipients. The music publishing platform Bandcamp now regularly pays out a million dollars to artists each month through sales made on the site. Some of those sales are even made to people who were looking for free content, but were enticed by the friendly purchase process.

Even some label executives, like Craig Davis at EMI, have realized that unauthorized downloading is "a service issue." Or to put it simply, as the musician Jonathan Coulton has written: "Make good stuff, then make it easy for people to buy it. There’s your anti-piracy plan."

The tech community loves creativity, and it wants to support artists, but it’s got a real problem with the people who run Hollywood. As long as it’s worried about Hollywood leadership doing damage to civil liberties and online freedom, the kind of profitable partnerships we know are possible will be difficult to make.

We’ve seen this movie before, and we know how it ends. The right answer to the question that the Internet raised isn't to demonize the tech community and innovators. That strategy failed dramatically against earlier technologies like the VCR, which MPAA President Jack Valenti compared to "the Boston strangler" in a 1982 testimony to Congress. Of course, that innovation opened up the home video market, which is now the source of nearly half of all studio revenue.

SOPA and PIPA were a step in the wrong direction, but it’s not too late to turn this ship around. Please, tell your leaders to support innovation — or get new leaders.

Best of luck,
The Internet

https://www.eff.org/deeplinks/2012/02/dear-hollywood-open-letter-hardworking-men-and-women-entertainment-industries
Posted by Ben at 9:50 am

Regardless of the rights or wrongs of downloading music and films illegally, I am forced to wonder whether further legislation is the answer to curtail it.

In the first instance going after large torrenting websites may prove counterproductive. There are ways to decentralise illegal sharing of files through applications like Perfect Dark and Tribler - they are not very popular at the moment as it's marginally easier to use a website like Isohunt or Piratebay but obviously if legislation like ACTA or SOPA is used to pull down these website we would see a renaissance. Strong encryption and a lack of overall structure combined would make file sharing virtually impossible to police.


As Greenpeace pointed out when they went "dark" on the US version of their website too, legitimate freedom of expression such as that used in their parody of Esso's logo, could be stifled under such restrictive laws. I do think too much is made of this particular worry but there's also no need to make a victim of innocent people - why not have a provision for fair use in the law when infringement is for the purposes of commentary?