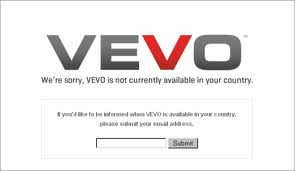 Independent US music publisher Matt Pincus has highlighted the fact that whilst online video platform Vevo (owned by Universal, Sony and the Abu Dhabi Media Group) earned $150-million dollars in revenue in 2011 and supplies roughly 40% of the content streamed on YouTube, it has not paid over a single dime to independent music publishers or their songwriter clients in the USA saying that that they “have not received any money from Vevo. Ever. That's right. Vevo: $150 Million. Independent publishers and songwriters: Zero.” In a very interesting piece in The Wrap, Pincus puts the blame very squarely at the doors of Universal and Sony saying that whilst Vevo does pay over royalties to record labels they don’t pay music publishers because “the major record companies have warranted that they have the right to license songs to Vevo on behalf of publishers, backing up that claim with an indemnity” and then rely on “controlled composition” clauses in their recording contracts with artistes to avoid paying anything to use the songs. Pincus explains it all here and it is worth a read, ending up with the opinion that “Are record companies to blame for relying on shoddy language to withhold royalties, or is it Vevo's responsibility to insure that the songwriters that helped it pull in $150 million this year share in their success? Whatever the case, this issue of fairness must be addressed.”