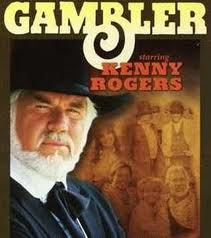 Legendary record label boss Morris Levy allegedly once told one of his acts “if you want royalties, go to Buckingham Palace” but it seems artistes are no longer prepared to accept this mantra and Toto and country & western star Kenny Rogers are the latest in a long line of heritage acts bringing claims against their record labels, challenging the way in which their royalties have been accounted for, and in some cases alleging appalling underpayment of royalties, often over many many years.

A number of claims, beginning with a law suit brought in 2006 by the Allman Brothers, Cheap Trick and others against Sony, revolved around the way in which record labels had calculated their digital royalties. In court papers filed in the United States District Court Southern District of New York a comparison of calculations was set out based on the sale of 1000 downloads at 0.70c per unit – giving a total income of $700: Sony BMG thought the appropriate payment would be a royalty payment on 85% of all downloads sold after deducting mechanical royalties to the songwriters, a container charge of 20% and an royalty reducer for new technology of a further 50%. This gave a total royalty payment of $45.05. The Allman brothers felt they should be paid one half of the income from 100% of all units sold, less just the mechanical royalty payable to songwriters. This gave a royalty due of by Sony BMG to the Allman Brothers of $315.50. Some difference! Other artistes including Chuck D, Sister Sledge, Whitesnake, the estate of Rick James and Rob Zombie have recently brought similar actions against major labels.

Whilst digital royalties have captured the headlines recently, numerous artistes have taken their record labels to court to get royalty payments. In 2002, a Los Angeles court approved a $4.75 million settlement in a class-action suit brought by the late singer Peggy Lee. Before her death, Peggy Lee led the suit against Decca Records, accusing the record label of using questionable accounting practices to cheat artists out of their royalties for more than four decades. Other members of the class, most of whom are now dead, include the estates Louis Armstrong, Billie Holiday, Patsy Cline, Ella Fitzgerald, Bill Haley, Mary Martin, and Pearl Bailey, in total more than 300 artists, all of whom recorded for Decca Records before January 1, 1962 and now Toto have now launched a new action against Sony.

Amongst the claims made against EMI's Capitol Records by Kenny Rogers in his 2012 lawsuit was that the label diverted substantial sums of his royalty income to a ‘suspense’ account, that he received no royalties on records sold through record clubs, that 100% of the costs of promotional videos were allocated against Roger’s videos (rather than the 50% agreed), that $50,000 was deducted as unexplained ‘expenses’, that whilst he suffered international tax deductions he never received the benefit of tax credits Capitol received on the same income, and that Rogers never received any share of performance royalties from his sound recordings (so called “PPL” income). Whilst public performance of sound recordings in the USA does not generate a royalty from terrestrial radio, satellite and internet radio does produce income and globally where radio plays do produce revenue, the income generated from Roger’s recordings must be enormous, Rogers also claims that the record label never accounted to him for one cent of the substantial damages won by the labels against services such as Kazaa, Napster. Audiogalaxy and Grokster.

Even the Beatles have had to take legal action to get paid, and in 1979 they also sued Capitol, charging breach of contract and fraud. The Beatles claimed they were not paid all the royalties due for records sold in the United States. The suit accused Capitol of a "pervasive practice of lining their own pockets at the expense of [the Beatles] through improper and fraudulent accounting practices" and subsequently, for withholding royalties on as many as nineteen million records. The case was dismissed, but the Beatles appealed, and the New York State Supreme Court upheld the appeal in 1988.

And it’s not just heritage acts: rapper Ras Kass (real name John Austin) filed a suit against Priority Records, Capitol Record and EMI Music claiming breach of contract, unfair competition, restraint of trade and other abuses, and Eminen's producers FBT Productions successfully won a case on appeal against Universal Music Group’s Aftermath Records, with FBT’s auditor saying the amount owed may run into millions of dollars (although one website suggested that UMG might charge their legal costs for their failed legal defence against FBT's account!).

The Future of Music Coalition estimates the majors may have to hand over $2 billion in extra royalties to heritage acts if they lose ongoing cases. The Dixie Chicks put it more simply in their claim against Sony– “systematic thievery”. If it were that, I doubt $2 billion would scratch the surface.

And more on the claim brought by the Allman Brothers, Cheap Trick and others against Sony, including the very interesting comparison of royalty rates calculated by Sony and recalculated by the artistes here http://www.caplanross.com/sony_bmg_music.pdf?renderforprint=1 : Gregg Allman et all v Sony BMG Music Entertainment (2006) Case Civ No 1:06-cv-03252-GBD , US District Court Southern District of New York