Doubts creep up in MegaUpload case 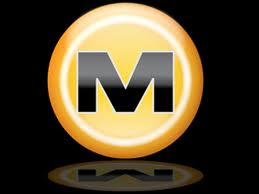 With MegaUpload boss Kim "Dotcom" Schmitz having been refused bail for the second time, there is a never ending stream of comments on the rights and wrongs of the case online. But one of the more intersting article (kindly passed on to the 1709 Blog by our friend Andy Johnstone) is on the Register and says that "The Stanford Law Schools Center for Internet and Society has added a voice to the growing number of lawyers that expect America’s charges against Kim Dotcom and the “Megaupload conspiracy” to collapse in court" suggesting that there may be some confusion between the appropriate civil and criminal law codes - and standards of proof and 'guilt' that might apply to Schmitz and his fellow defendants. Anyway, you can take a look yourself here and its an interesting read.

In potentially related news, it seems that the BitTorrent search engine BTjunkie has shut down voluntarily in the wake of the MegaUpload takedown and arrests, and the confirmation of the Pirate Bay convictions by the Supreme Court of Sweden, with the sites operators saying "This is the end of the line my friends. The decision does not come easy, but we've decided to voluntarily shut down. We've been fighting for years for your right to communicate, but it's time to move on. It's been an experience of a lifetime, we wish you all the best!".