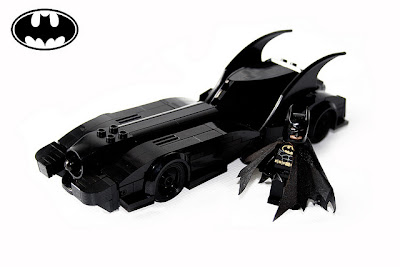 A US federal judge has potentially granted copyright protection to the iconic Batmobile after he found that the owner of Gotham Garage, Mark Towles, was in violation of that copyright resulting from his business of selling replica Batmobiles. The case was brought by DC Comics who claimed the infringements resulted from the sale of “unlicensed replica vehicle modification kits based on vehicle design copyrights from plaintiff’s Batman property, including various iterations of the fictional automobile, the Batmobile.”

Towles had originally attempted to have the lawsuit dismissed, claiming that the Copyright Act doesn’t protect “useful articles” like a car and its design, but District Judge Ronald S W Lew said that the “useful articles” exception did not apply when there are so many elements of the car that serve no practical use. In his ruling, Lew said there was a “reasonable inference that there may be non-functional artistic elements of the Batmobile that may possibly be separated from the utilitarian aspect of the automobile. As such, the court finds that the Batmobile and all of its relevant embodiments are not, as a matter of law, excluded from copyright protection” saying that Towles “ignores the exception to the ‘useful article’ rule, which grants copyright protection to nonfunctional, artistic elements of an automobile design that can be physically or conceptually separated from the automobile” and that the "defendant’s argument lacks merit”. The Judge held that DC Comics “pleads sufficient facts to support the allegation that defendant violated an exclusive right of plaintiff’s copyright ownership.” The claim also pleads Trade Mark infringement.

The Batmobile first appeared in 1966 in the television series Batman starring Adam West, and has been in numerous Batman motion pictures, with the early starting orders from Robin being ""Atomic batteries to power...turbines to speed".

The Hollywood Reporter says that the ruling means that there’s likely to be a flood of similar copyright battles being fought in the near future with items such as superhero costumes and other replica-type items in the firing line. Comments from our US friends would be much appreciated!


Image: We are sure Lego most certainly DO have a licence to use the Batman and Batmobile images and the Bat logo!
Posted by Ben at 10:04 am

It is interesting to contrast this decision with the Lucasfilm case, in which similar utilitarian versus artistic work arguments were considered in respect of the Starwars' Stormtrooper helmets. In Lucasfilm the thinking was much more that the helmets were not sculptures (and therefore not protected by copyright at all) because they were props which although not having any actual protective function like a real helmet, were nevertheless functional in the sense that they contributed to the artifice which is at the heart of theatre or a feature film.