ACTA and Sinde in the news 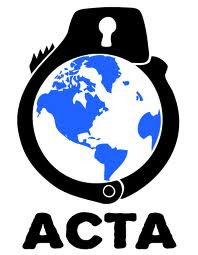 Against a backdrop of Europe wide protests against the Anti-Counterfeiting Trade Agreement (ACTA), the treaty that aims to harmonise some key elements of intellectual property law around the world, comes news that some EU signatories, including the Czech Republic, are now re-considering their position. Whilst a number of EU countries including Germany have so far not signed the Treaty, the British government remained committed to ACTA with IP Minister Baroness Judith Wilcox telling reporters: "It was important for the UK to be a signatory of ACTA as it will set an international standard for tackling large-scale infringements of [intellectual property rights], through the creation of common enforcement standards and more effective international cooperation. During the negotiations, we continually pushed for greater transparency as we believed that this would have led to a better understanding of the agreement by the public".

We also have news that Spain’s law Sinde - the country's new website blocking law - will be challenged in the country's Supreme Court, who have agreed to hear an appeal from the Association Of Web Users who claim the law is unconstitutional, saying that only a court should be able to force a alleged infringing website offline. The Spanish Supreme Court confirmed it will consider the AOWU's claim, and have stayed moves by the Spanish government to implement the practical aspects of rolling out the new Sind regime pending their hearing.

More on Sinde here and more on ACTA here
Posted by Ben at 1:10 pm

Opponents to the Anti-Counterfeiting Trade Agreement got a boost yesterday when the President of the European Parliament, Mark Schulz, as German MEP, said he had reservations about the Treaty which the EU itself has not signed.